Before reading this post please note the irony of me being unable to think of a new baby gift when 90% of my orders are for newborns!  Let’s just say it’s a good job I have lovely customers who appreciate my work, rather than lots of people like me. I’ll begin…

I really struggle with new baby gifts (see, I told you so!). What I mean is, if a friend of mine has a baby and they aren’t a really close friend then I’ll whip them up a Name Banner and feel all clever that I have given them something I know they aren’t going to get from anyone else, instead of a packet of babygrows or a rattle. (Apologies to people who buy these items, I got lots when having the boys and they really were useful!)

But the gifts I remember are the personal ones — a fantastic example is my friend Debs. When Toby was born she sent me the most fantastic Nappy Cake, I’d never seen a Nappy Cake and the fact that someone was considerate enough to send ME one (yes, I know it really was for Toby but he couldn’t open it so it was really for me) was wonderful. Then she trumped herself and pretty much anyone else in the history of gift giving in my eyes with these when Noah was born: 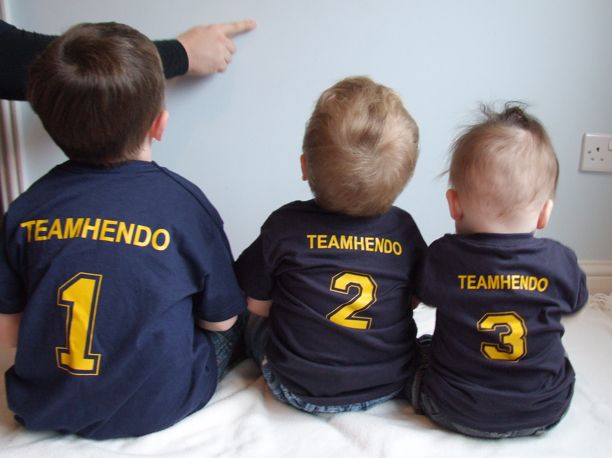 Even now looking at them, I well up at the thought behind them. Deb’s knew (probably though me boring her to death with constant and continual photographs) that I am one of those Mum’s who have to take a photograph of EVERYTHING. I mean, if your friends with me on Facebook then I can only apologise, the invention of a mobile with a built in camera that also allows you to upload to Facebook means that every day you will see a photograph of one of my children in some sort of pose. So for me, with our family website Team Hendo, this was one of the most perfect gifts.

(And we did get professional photographs done, this was a dry run attempt with Ed attempting to stop Noah from looking at his toes and pulling his sock off.)

Anyway — these are the sort of things I always want to try and do for close friends and family, but usually I fail as I get so wound up in the pursuit of perfection that I don’t look at what is right in front of me. I mean, my nephew didn’t get a Name Banner until he was one as I just didn’t think of making him one!

So, good friends of ours had baby Kitty at the start of January, when we were on holiday. Yup — that’s over a month ago and to be fair, her gift was made about a month ago and we were due to visit, and Noah was rushed to hospital. Which seems to be the way our lives go at the moment, we are destined to just never meet up with friends through illness or work commitments, but that’s a post for another day. Anyway, on Saturday we were finally able to take the gifts up and meet Kitty. And when I say we, I mean everyone but me as I was snowed under with orders :-/

In hindsight I should have made a really awesome Felt Box Frame. It would have been fantastic. But I didn’t, as I didn’t think anyone would like it. So instead I made something I hadn’t ever attempted before that took me twice as long as a Felt Box Frame would, irritated the &*@! out of me and I still don’t think looks right. 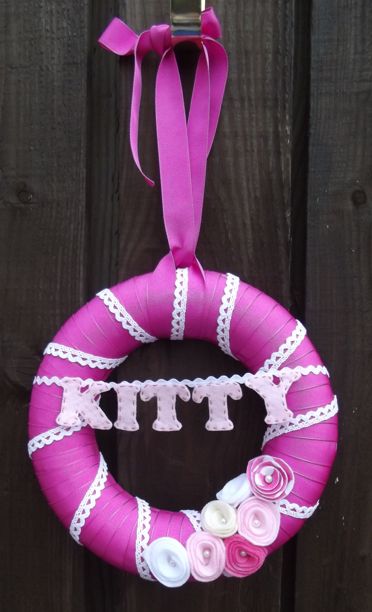 I have fiddled with it for ages, tweaking bits and moving bits… 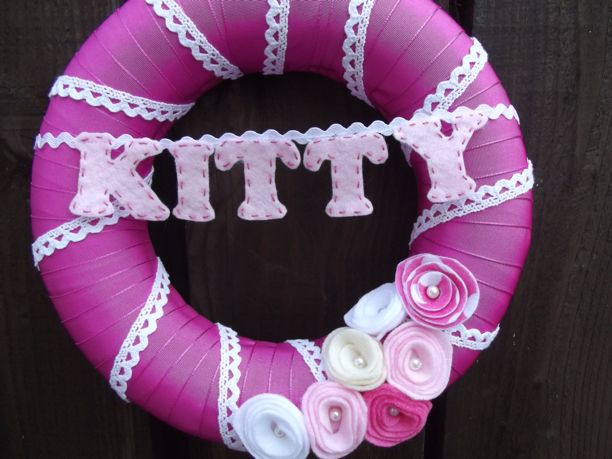 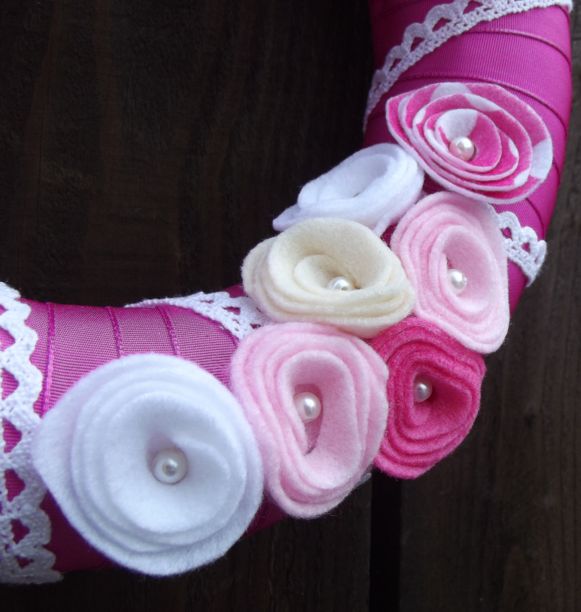 …and, well, it’s fairly safe to say I will never make another one again! So it is a complete one off original. Never to be repeated.

In addition to the wreath we also had a picture for them, at the start of the year Jack wanted to start drawing again and raise more money. I was very against this, last year was nuts in a wonderful and frustrating way and I just couldn’t have another few months of that. However, Ed mentioned on Twitter that Jack would like to do one picture and Kitty’s Dad replied asking if Jack could draw a picture of Kitty with her big sister Olivia, and made a generous donation to Jack Draws Anything (JustGiving). However, this one is different in that it’s one of the very, very few pictures that Jack has drawn where we have not kept the original. Natalie Cassidy has one, Practical Parenting Magazine auctioned off another and now Kitty and Olivia have a Jack Draws Anything original hanging in their home. 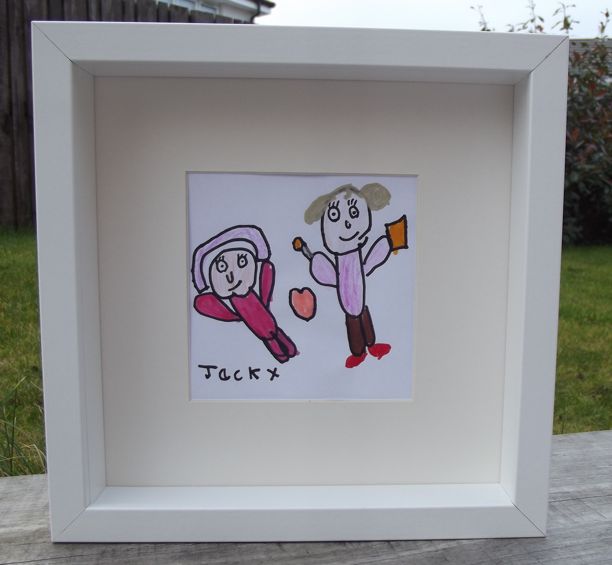 I’m seriously considering just getting Jack to draw all the new baby gifts from now on.

However, I can recommend a Name Banner or Felt Box Frame for a new baby, they are very pretty and the feedback I get from them is fantastic. And if your a friend of mine (or a family member) due to have a baby can you please just tell me if you would like one of my products as a gift otherwise I’m going to get myself all in a muddle again.